Aya İrini, located in Istanbul Topkapi Palace's courtyard, next to Hagia Sophia and contemporary with it, is the largest Byzantine church in Istanbul, which has not been converted into a mosque.

The construction of the church dates back to the 320s. This is a very old work. It is known that the remains of the temples of Artemis, Aphrodite and Apollon were built in Roman times and the remains of these churches were built during the time of Constantine. It is known that the church was burned as a result of the great uprising in 532. But then it was rebuilt by Jüstinianos. It was burned in Hagia Sophia during this uprising and was built by the same ruler. This reconstruction time corresponds to 535 years.

After the conquest of Istanbul within the walls of the Topkapi Palace, the church has been preserved until today. The only atelier in the Byzantine church architecture is known as Aya Irini. You can understand this from the courtyard in the middle and the surrounding outlets.

You can use your museum card. Or you have to pay a fee of 20 TL. You cannot use the ticket for Topkapi Palace. You have to buy two separate tickets.

Ephesus, Turkey Selcuk district of Izmir on the Aegean coast in the ancient city of Ephesus Roman, Greek and contains the breeze of different civilizations. 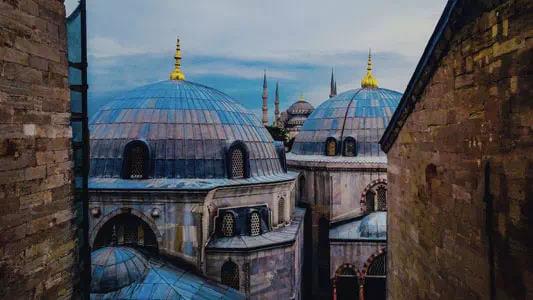 Turkey is total area of 783,562 sq. km. The coun-try consists of the smaller western and European region of Thrace and the larger eastern and Asian region of Anatolia.